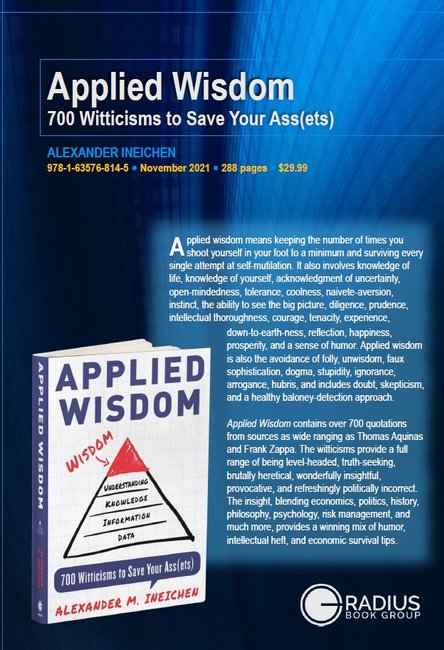 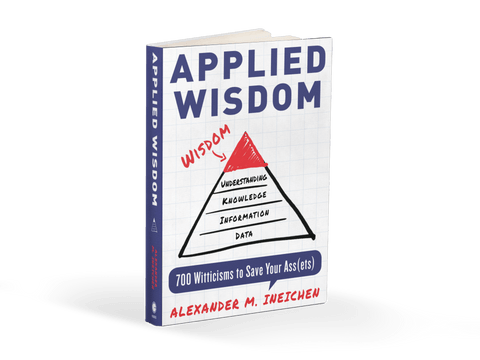 Preface
The most important things in life are survival and reproduction. While the topic of the latter is fascinating, this book is mainly about the former.

I started my career in finance as a trainee in 1988. An early station was in the brokerage of equities and derivatives at an investment bank. I remember well asking the then-head of research on the trading floor why they had produced a two-hundred-page research report, a buy recommendation for a stock, and inquired whether anyone was going to read the lengthy tome. His response: “No, of course not, but if something goes wrong, they can blame the bank.”

I turned into one of the lads producing those reports no one read. However, ending up in research more by accident than by design, I did have an incentive to spice things up a bit, literally. Early on I adapted a simple writing style that included small pieces of wisdom and wit in the side text of my reports. The feedback was positive from the start. This was good as well as bad. Good, because the feedback giver at least glanced over what I had produced. It got noticed. Bad, because the hard work was not in the witty quotation in the side text but in the content. I often heard that it was enough for the reader to grasp the content by just reading the side text. Someone else’s wisdom in the side text was applicable.

In this book, I turn things around. I have not written this book because I have something clever to say. I have written this book because I have quoted so many clever people over the past three decades who themselves had something clever to say. I now have a collection of wit and wisdom that is applicable to capital preservation and risk management. In this book, essentially a compilation of wit and wisdom, I do not start with the content and add someone’s quip to spice things up. I start with a nugget of wisdom, check if it is applicable to capital preservation, and then add some content.

I herein also quote foolish people, not just for entertainment purposes but because the closest we can get to wisdom is avoiding the other side of that proverbial coin, foolishness. We learn silence from the talkative, tolerance from the intolerant, and kindness from the unkind, so we can learn wisdom from buffoons. It is for this reason that concepts such as the basic law of human stupidity, the bozo-explosion, the BS asymmetry principle, and the greater fool theory are discussed.

Along the way, you will learn that Barack Obama and Horace said the same thing, what Marilyn Monroe and Mike Tyson have in common with Leonardo da Vinci, and that both Muhammad Ali and George Soros applied Confucius’s wisdom.

For this book, I took extra care to find the origins of the quotations I have used during my career. The internet was helpful in this regard. However, one cannot be too careful. As Voltaire once said: “The problem with quotes found on the Internet is that they are often not true.”
Click Here